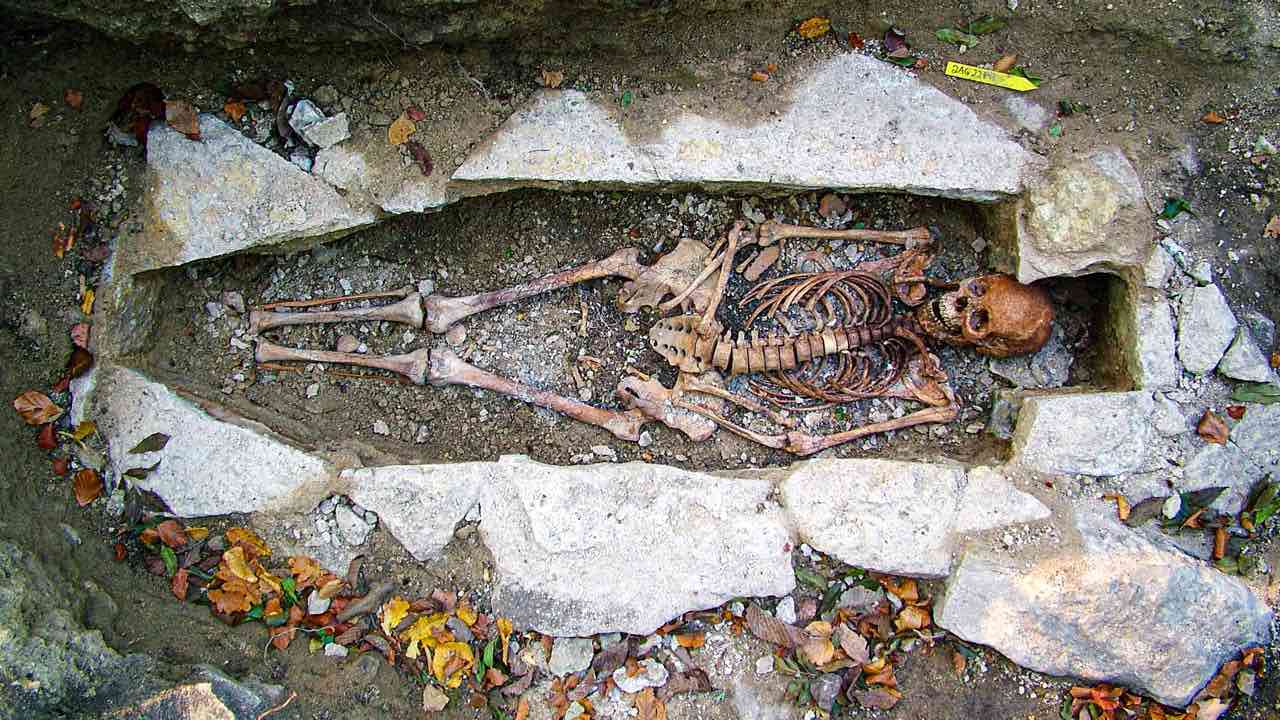 DNA sequencing of more than 400 Viking skeletons found across Europe showed genetic ancestry from beyond Scandinavia.

The study, by academics at the University of Cambridge in the United Kingdom and the University of Copenhagen in Denmark, found that Viking burial sites in Scotland contained local people who may have taken on "Viking identities".

And if the idea of an ancient family of Viking explorers setting up a new station, or outpost, in the expanding Nordic empire isn't enough to stir one's imagination, then get this: the new genetic study revealed that relatives of this Viking family had been buried "hundreds of kilometers" distant, and the authors think this "illustrates the mobility of individuals during the Viking Age".

But now, cutting-edge DNA analysis on archaeological remains has shed new light on the identity of Irish Vikings - and revealed that many actually had brown hair. Danish Vikings, meanwhile, journeyed to England, and the genetic consequences of these global raids are still visible today, with some 6 percent of the British population bearing Viking genes.

First author of the paper and Assistant Professor at the University of Copenhagen, Dr Ashot Margaryan, explained that "Scandinavia was clearly a dynamic place during the Viking Age".

Viking identity was not limited to people with Scandinavian genetic ancestry.

Researchers found that these all-male raiding parties were made up of friends, family members and neighbors.

A mass grave of around 50 headless Vikings from a site in Dorset, UK.

Vikings - derived from the Scandinavian word "vikingr", meaning pirate - played a substantial role in reshaping Europe politically, culturally and geographically during the Middle Ages, with repercussions that ripple to the present.

It would therefore seem that certain Northern European cultures were assimilated into the Viking world without ever mixing genetically with the Scandinavian invaders.

We know them as blond-haired raiders who travelled by sea from Scandinavia to raid and eventually settle on this island. Many expeditions involved raiding monasteries and cities along the coastal settlements of Europe but the goal of trading goods like fur, tusks and seal fat were often the more pragmatic aim.

According to a paper discussed in 2016 Science Alert article it was long believed "a population boom" triggered Viking raiding groups to first set sail from the shores of Scandinavia, however, other research suggested the prime motivation was finding sexual partners.

The first ever Irish Viking genomes, or DNA sequences, have been published and the results will come as a surprise to many. Two skeletons from Orkney, buried with swords in the Viking tradition, were genetically most similar to present-day Irish and Scots.

Dr Daniel Lawson, lead author from The University of Bristol, explained: "Individuals with two genetically British parents who had Viking burials were found in Orkney and Norway". For example, consistent with patterns documented by historians and archaeologists, the team found that Vikings who travelled to England generally had Danish ancestry, while the majority of Vikings who travelled to Scotland, Ireland, Iceland and Greenland had Norwegian ancestry.

History books commonly report that the uncivilised Danish, Norwegian and Swedish Vikings left their homeland on a maritime rampage to raid, conquer and shake up Europe, particularly Britain, between around 800 and 1066 CE.

The data collected will also be useful in the study of natural selection in the past, according to lead author Fernando Racimo, assistant professor at the University of Copenhagen.

As of today, six per cent of people in the United Kingdom are predicted to have Viking DNA in their genes as compared to 10 per cent in Sweden. "The history books will need to be updated".

"These findings have important implications for social life in the Viking world, but we would've remained ignorant of them without ancient DNA".