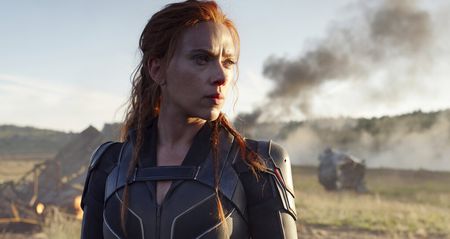 Lastly from Marvel, the still in-production Shang Chi and the Legend of the Ten Rings, Marvel's first film with an Asian lead, has moved from May 7th, 2021 to July 9th, 2021. "Black Widow" was delayed by six months until May 2021 and "West Side Story", a movie version of the classic Broadway musical, by a year to December 2021. The Scarlett Johansson-starring MCU pic is now shifting from November this year to May 2021.

This new development is yet another indication that America's failure to properly react to the COVID-19 pandemic will continue to crush the North American box office.

Instead, Shang-Chi will launch on July 9, while The Eternals - which was meant to follow Black Widow in February next year - will hit cinema screens on November 5, 2021. With that, Disney has once again done a shuffle to its theatrical release slate and Black Widow has been moved but fortunately a Disney plus release is not in the plans. Let us know in the comment section below!

Given the interconnected nature of Marvel releases, the latest delay of "Black Widow" had a domino effect on other films.

Eternals' star Kumail Nanjiani also took to Twitter(@kumailn) and shared about the move.

Walt Disney Co postponed the release of superhero movie "Black Widow" and Steven Spielberg's "West Side Story" until 2021, a setback to cinema operators hoping for a late-year surge in moviegoing. "I can't tell people to go to a movie theatre until I feel safe going to one". Originally scheduled to open on December 18, 2020, it will now be a holiday season release on December 10, 2021. The series, which was originally set for an "early 2021" release has recently resumed filming and could possibly land somewhere in the February through April window before Black Widow hits theaters. Instead of opening next month, Kenneth Branagh's murder mystery "Death on the Nile" moves to December 18.