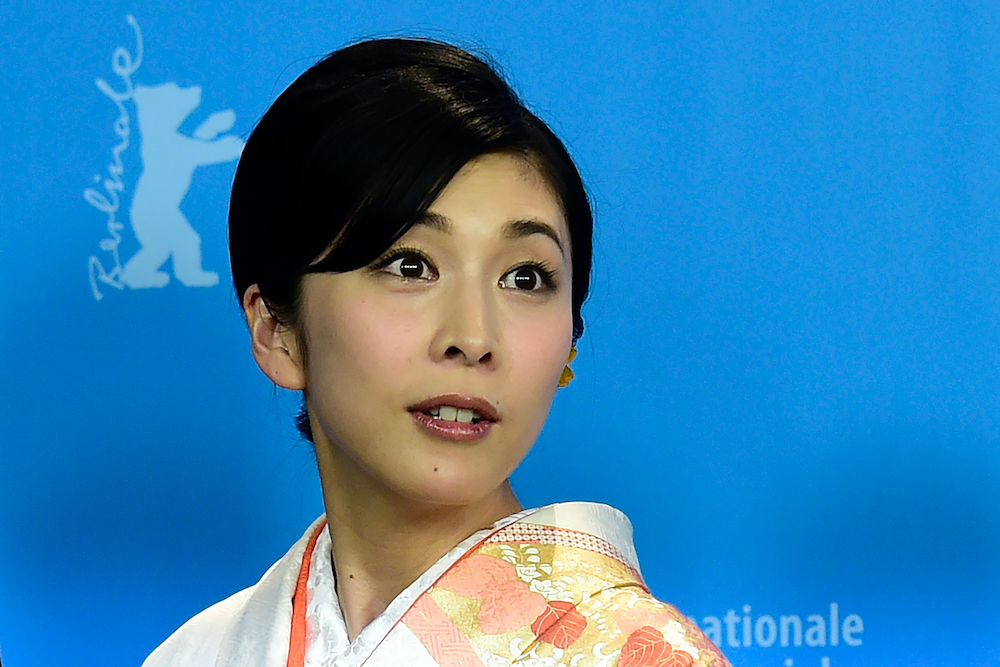 Yuko Takeuchi was found at home Sunday by her husband without a note, but Variety reports that it looks like suicide. Forty years old at the time of her death, she was the mother of two, including an infant boy who was born in January.

Japanese actress Takeuchi Yuko, who is known for her roles in Miss Sherlock and Ringu, has died at age 40.

She was found dead at her Tokyo apartment over the weekend, and transported to a local hospital where she was confirmed dead.

Japanese actress Yuko Takeuchi (2nd from R) attends a press event in Tokyo in August 2019. She won the Outstanding Leading Actress Award at the Japan Academy Awards for her movies "Yomigaeri" in 2003 and "Ima, Ai ni Yukimasu" in 2005.

Her film career began with a supporting role in the 1998 J-Horror hit "Ring".

She also appeared in Japanese dramas Asuka and Love And Life In The White.

In 2018, she starred as Sara "Sherlock" Shelly Futaba in Hulu and HBO Asia's Miss Sherlock.

Takeuchi picked up numerous best actress and best-supporting actress awards for her work in Hayabusa, 1,778 Stories of Me and My Wife, and Golden Slumbers.

More recently she appeared in The Confidence Man JP: Episode of the Princess, released earlier this year.