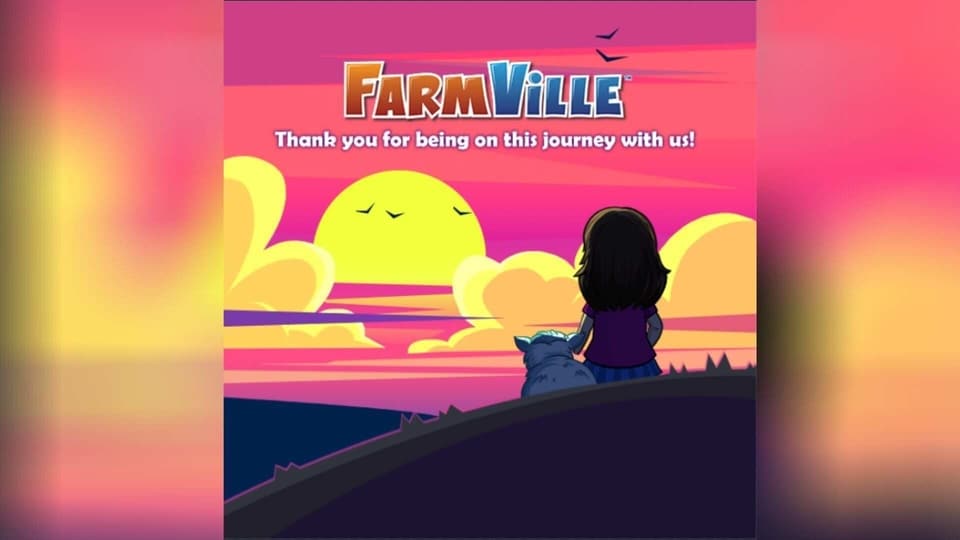 The game will shut down on December 31st, developer Zynga announced.

Farmville became the most popular game on Facebook with active users reaching as much as 83.76 million per month, according to a report by TalkEsport.

The reason for the closure is that Adobe will stop distributing and updating Flash Player on that same date, which FarmVille is built on as a game run in an internet browser, and Facebook will stop supporting flash games on its platform after that date.

Zynga said in-app purchases will be available until November 17, " at which point the game's payment system will be completely turned off". Flash gaming was the predominant way of developing online and mobile games in the early 2000s and is now replaced by HTML5, a faster and more portable coding language that developers say is also easier to frequently update. It was a farming-simulation online game, which required players to plough, plant, harvest and raise livestock, along with all of their friends. "For that we say thank you", Zynga said in a statement. It was the flawless blend of gaming plus social networking.

In-app purchases will be available until November 17th, when the game's payment system will be turned off. After the said period, FarmVille will no longer accept in-app payments and refunds. Zynga is urging players to use up any remaining credits they have before December 31, but also that there will be, "fun in-game activities to be announced soon that are created to make your remaining time with FarmVille even more enjoyable".

FarmVille launched in 2009 and quickly rose in popularity, gaining millions of users and turning a nice profit for gaming giant Zynga.

Apart from this, Zynga has also announced the sequel games to FarmVille, FarmVille 2: Tropic Escape and FarmVille 3 on mobile.

Five key takeaways from NY Times report on Trump’s tax returns
The Biden Campaign is now selling "I Paid More In Taxes Than Donald Trump " stickersin the Biden Victory Fund online store, too. The average taxpayer in the top 00.1% paid around $25 million a year in the same time , according to The Associated Press. 9/29/2020

Samsung Galaxy F41 Confirms to Launch With 64MP Triple Camera Setup
Other notable features include Auto HotSpot and Quick Share that the company says will improve the "multi-device experience". Samsung Electronics unveiled the new Galaxy Tab Active3 , a ruggedised tablet based on the Tab Active2 design. 9/29/2020

Phoenix and Mara welcome baby boy, River
By May of 2019, Mara was spotted with a massive ring on that finger, leading to reports that the couple had gotten engaged . Previously, the proud parent duo have co-starred in films Don't Worry, He Won't Get Far on Foot and Mary Magdalene . 9/29/2020

Prince Harry & Meghan Markle Plan To Travel To The UK For Christmas
Now, the couple are starting their behind-the-scenes careers in the TV industry after signing a multi-year deal with Netflix. But now a source says Meghan wants the world to see the "real her", according to The Sun . "It is extraordinary. 9/29/2020