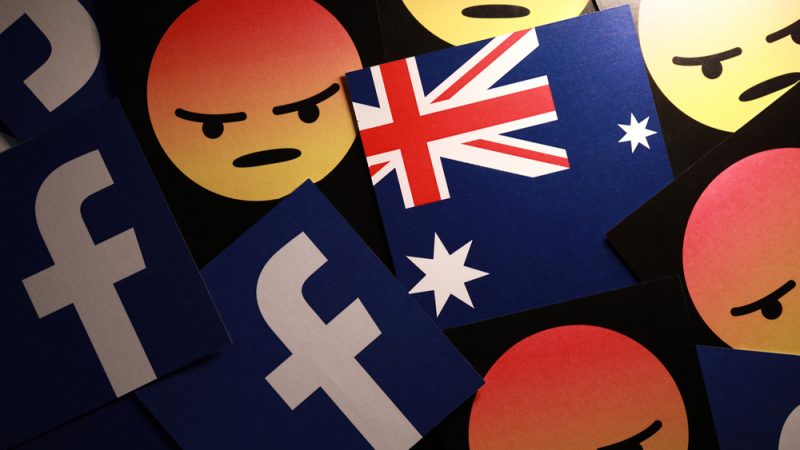 Facebook has chosen to block all Australian and worldwide news from the feeds of its Australian users as the company escalates its opposition to proposed new laws that would require tech companies to pay for the journalism they display.

"The proposed law fundamentally misunderstands the relationship between our platform and publishers who use it to share news content", he wrote. In recent years the media industry in the country has successfully lobbied for a law to extract payment from the tech giants for monetizing news content when it's reshared on their platforms - though the legislation is still being drafted.

Treasurer Josh Frydenberg said he had spoken with Facebook CEO Mark Zuckerberg on Friday to find a way out of the showdown, and that negotiations would continue over the weekend. A later Facebook statement said the ban should not affect government pages but "as the law does not provide clear guidance on the definition of news content, we have taken a broad definition".Facebook's own page was down for several hours in Australia before being restored.

"This action - this bully boy action - that they've undertaken in Australia will, I think, ignite a desire to go further amongst legislators around the world", Julian Knight, chair of the British Parliament's Digital, Culture, Media and Sport Committee, told Reuters.

"It's not OK to unfriend Australia because Australia is very friendly", Morrison said.

"He will come back to me with some more considered views", Frydenberg said.

But in a statement, Henry Faure Walker, chairman of the News Media Association which represents United Kingdom media organisations, echoed Mr Knight's comments, describing Facebook's ban as "a classic example of a monopoly power being the school yard bully, trying to protect its dominant position with scant regard for the citizens and customers it supposedly serves". Both share names with news outlets in Australia.

There was public outrage at how the Facebook blockade was bungled, cutting access - at least temporarily - to pandemic, public health and emergency services.

The move was a response to the law, called the News Media and Digital Platforms Mandatory Bargaining Code, which will be debated by Australia's Upper House, the Senate, from Monday and is expected to be adopted by the end of next week, according to AFP.

A whole host of non-news organisations have been muted by Facebook in Australia, from charities to comedy sites, and video game publishers to random sports teams. Facebook, for example, created Facebook News, a section of the app featuring curated news stories where selected publishers are paid for participating. These included what Facebook described as its investments in Australian news companies that amount to millions of dollars.

The news ban has already been met with confusion and criticism in the country. "On the other hand, publishers willingly choose to post news on Facebook, as it allows them to sell more subscriptions, grow their audiences and increase advertising revenue". Google committed $1 billion over three years to the program. There were severe fire and flood warnings in parts of Australia.

News publishers saw Facebook's tactics as evidence that the company, which also owns Instagram and WhatsApp, can not be trusted as the gatekeeper for their industry.

"Dominant online platforms are now a key gateway to news and information online".

Dan Stinton, managing director of Guardian Australia and New Zealand, which is negotiating a licensing deal through Google's News Showcase, said Google is not just paying for links and snippets within search but the "entire benefit" that Google receives from engagement with users utilizing its search.

A News Corp spokesman did not respond to a request for comment.

"I suspect that soon we will have five, 10, 15 countries adopting similar rules ... is Facebook going to cut ties with Germany, with France?" he asked, saying that at some point Facebook's approach would become "totally unsustainable".