The province says the order will take effect at 12:01 a.m. Thursday morning.

As part of Phase Two of its COVID-19 vaccine distribution plan, people living in regions with the highest rates of transmission will be prioritized to receive a vaccine, starting with the most at-risk in the Peel and Toronto public health regions.

Premier Doug Ford made the announcement earlier this afternoon just days after pulling the emergency brake, resulting in a province-wide shut down for a minimum of 28 days.

The order requires people in Canada's most populous province to stay in their residences except for essential reasons, including exercise, vaccination appointments or grocery trips. Big box stores can remain open, but with capacity limits and only certain products including groceries, pharmacy and gardening materials available for in-store purchase. 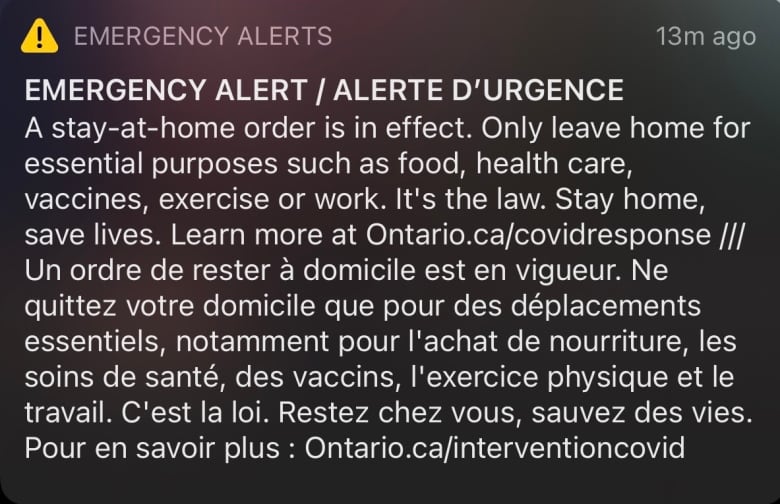 The move will force non-essential stores to resort to curbside pick-up only and non-essential aisles of big box stores will be restricted It's the first time the Ford government has placed such restrictions on big box retailers.

Other measures that will be introduced include on-site confirmation of self screening, refresher training upon return from April break, enhanced cleaning during the break, curriculum-linked activities for students, and letters to parents promoting best practices for a safe break.

The Ford government says schools and child care will remain open for in-person care and learning in public health regions where it is permitted, with strict safety measures in place.

"We're going to be encouraging outdoor education. We know it has helped us in the Fall", said Lecce. "And again, we have to focus on where we see the problem", he said.

"The incidents of cases in schools is likely much higher but because the government has failed to provide sufficient access to asymptomatic testing we simply don't know to what extent", said Hammond.