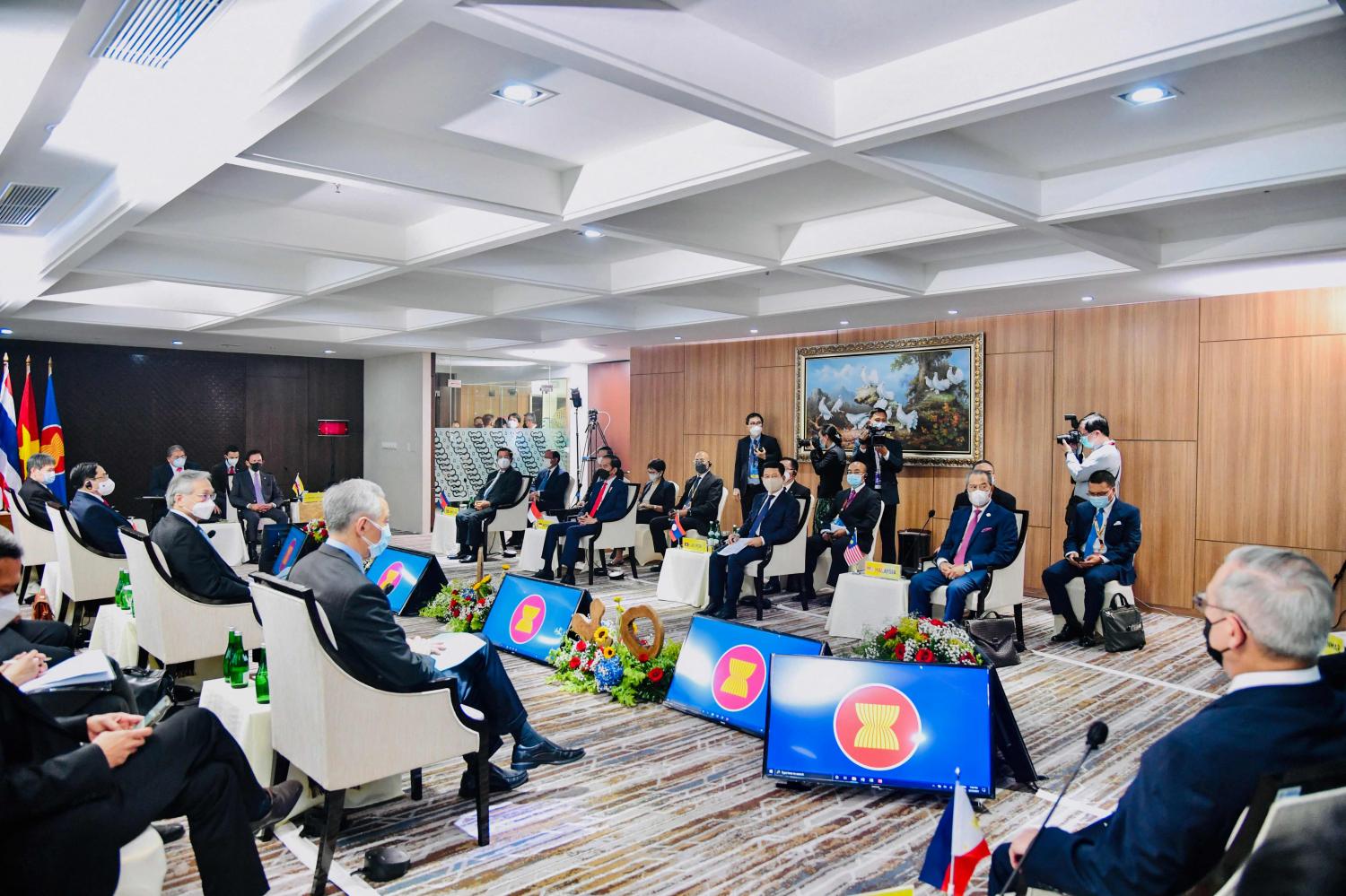 Hundreds of thousands of pro-democracy protesters have demonstrated in the months since Myanmar's military seized full control of the country from the democratically elected government led by Aung San Suu Kyi. The junta has detained almost 3,400 individuals since the February 1 coup.

ASEAN will also have a special envoy to "facilitate mediation" between all parties, and this representative will be able to travel to Myanmar.

Indonesian President Joko Widodo said the situation in Myanmar is "something that is unacceptable and must not continue", adding that the violence must be stopped and democracy, stability and peace in Myanmar restored.

"We are concerned about what's happening and we've taken steps and made decisions", he said.

Myanmar's shadow government of ousted lawmakers has welcomed a call by Southeast Asian leaders for an end to "military violence" after their crisis talks in Jakarta with junta leader Min Aung Hlaing.

Southeast Asian leaders demanded an immediate end to killings and the release of political detainees in Myanmar in an emergency summit Saturday with its top general and coup leader who, according to Malaysia's prime minister, did not reject them outright. He also called for aid channels to be open and for Myanmar to release all political prisoners.

"He said he heard us, he would take the points in which he considered helpful, that he was not opposed to ASEAN playing a constructive role, or an ASEAN delegation visit, or humanitarian assistance, and that they would move forward and engage with ASEAN in a constructive way", Lee Hsien Loong said. Following the coup, ASEAN, through Brunei, issued a statement that did not expectedly condemn the power grab but urged "the pursuance of dialogue, reconciliation and the return to normalcy in accordance with the will and interests of the people of Myanmar". "Besides, we don't see there is a set timeframe or an effective action plan, in order not to delay [implementation]", he said.

Malaysia strongly supports Brunei's efforts as the Chair of Asean 2021 in convening the Asean Leader's Meeting in Jakarta tomorrow, where the unfolding developments in Myanmar is expected to be high on the meeting's agenda.

It's unusual for the leader of a military government in Myanmar to attend an ASEAN summit - usually the country has been represented by a lower-ranked officer or a civilian.

"There's one thing to say you'll cease violence and release political prisoners, it's another thing to get it done". "Otherwise, it would be a waste of time", the deputy foreign minister said. The human rights advocate said: "It shows that ASEAN does not understand the situation in Myanmar".